A Syrian in Saarbrucken 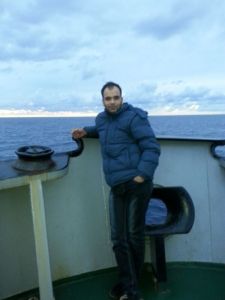 “Politics is all about interests, everyone knows this of course,” said Muhammad, his earnest brown eyes looking directly into mine. “But none of us imagined it would end like this.”

In those intelligent philosophical eyes I could see echoes of Ramzihttps://dianadarke.com/2015/03/16/syria-death-of-a-gentle-giant/,my dearest Syrian friend, who died in Lattakia earlier this year.

It felt unreal to be sitting now with Ramzi’s youngest brother in the tranquil surroundings of Saarbrucken, southwest Germany. On the sunny towpath of the Saar only the occasional dog-walker disturbed our peace, light-years away from  the war chaos that had caused this young Syrian to abandon his career as a newly qualified lawyer in Damascus, risking everything, even his life, to be here.

“Ramzi, my mother, my sisters, they all begged me not to do it,” he explained. “They told me: It is too dangerous. Those crooks will take your money and throw you overboard, the boat will sink, you will die, alone, at sea.”

But then Muhammad received his compulsory call-up to the Syrian army.

“I had to choose – a chance, however small, for a new life in Europe, or be sent to the frontline as Assad’s cannon fodder. How could I fight for the man who is destroying my county?”

An estimated  70,000 other Syrian Sunnis have made the same choice, and President Assad is now publicly admitting manpower shortages in his military.

“I left immediately for Beirut,” Muhammad went on.”I spent a month there planning what to do next. It cost me over $1000 to live  – Beirut is very expensive compared to Damascus. Then I took a boat to Mersin in Turkey.”

“For three months I researched the best way to reach Europe. Living there cost me $2000. The Turks are very tough, but finally I met a man I trusted who told me about a boat to Italy leaving soon. At one hour’s notice, in the middle of the night, I gave him $6000 for the crossing.”

“A minibus collected me – and others from different places – then took us to the beach where we were put into small inflatable boats and taken in the dark to a big freight ship waiting outside Turkish territorial waters. I didn’t know anyone, but altogether we were about 500 people, 99% Syrian, some with women and children. For seven days we lived like animals below deck in what felt like a huge metal box.” 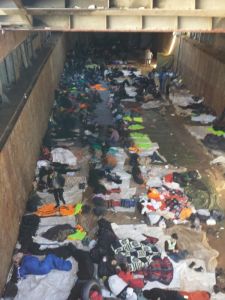 There was another twist in Muhammad’s story. “When we arrived at the Italian coast the captain of the ship, whose face was covered till then to protect his identity, turned off the engine and disappeared among us so none of us knew who he was. He got a passage to Europe too, except his was for free!”

The odyssey continued. “The Italians just wanted to get rid of us as quickly as possible. They took us on coaches to Milan where we had to give single fingerprint samples. No one asked for our papers and we were free to go where we wanted. Four of us shared a taxi to Ulm in Germany for 500 euros each, crossing through Austria. In Ulm we were told that Saarbrucken was the quickest place to get German residency, so we took another taxi for 200 euros each.

“In Saarbrucken we went as asylum seekers to Lebach camp, where we registered. There were two interviews, four days apart, but it was very easy. As soon as the Germans knew we were from Syria, it was as if they didn’t even need to question us. They knew why were coming.”

“After  three weeks in the camp I was issued with German residency and now I even have a German passport, valid for three years.”

Muhammad telephoned home in Lattakia to tell his family the news. They had wept and wept, with happiness for his safety and with sorrow for his distance from them. Nine days later Ramzi’s death erased all happiness.

The German authorities have been generous to a fault. Muhammad has been accommodated in a modern two-bedroom flat in central Saarbrucken which he shares with three others, all strangers, two of them Kurds. He has been given free health insurance, free German language classes every weekday plus 400 euros a month spending allowance. 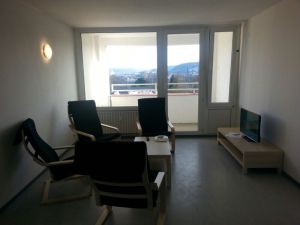 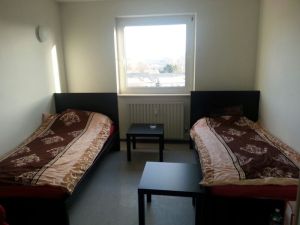 “I know I have been lucky,” he said, “I will do my best to repay Germany. I will work hard and study, to make Ramzi proud of me.”

His young brown eyes filled with tears and together we sat by the river, weeping for the waste and the suffering of a lost generation.

[the above is the text of my recent BBC From Our Own Correspondent script, broadcast Sunday 9 August 2015 on BBC World Service. It can be heard here, introduced by Pascale Harter, starting at 1.17 minutes]:

It also appeared in an extended version on the BBC website as a feature called “German Requiem” on 9 August 2015, and can be read in full here:

5 thoughts on “A Syrian in Saarbrucken”