Archive for the tag “Nineveh” 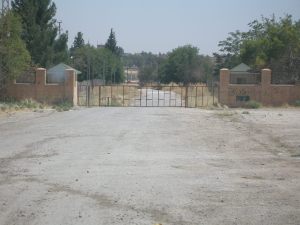 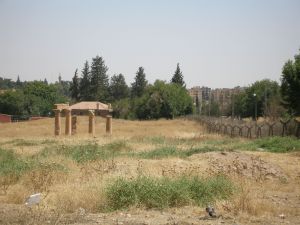 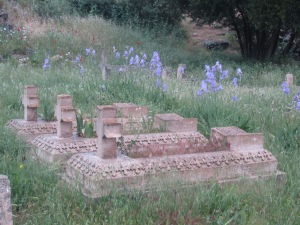 The threat of  ‘the sword’ has special resonance for Syriac Christians. Syriac for ‘sword’ is Sayfo, the name they use to refer to the massacre they suffered in 1915, when tens of thousands of them were slaughtered. On Friday 19 July the Syriac Christians of Mosul, whose ancestors were the Assyrians with their capital at Nineveh on the bank of the Tigris opposite Mosul, were threatened with the sword, unless they converted to Islam or paid the jizya, a tax levied by early Islam on religious minorities. Beheading by the sword was the earliest form of capital punishment in Islam. This time, to escape such a fate, they are fleeing northwards in their thousands, mainly into Iraqi Kurdistan, whose Kurdish rulers do not define themselves or anyone else by religion. Islam is one among many religions and Kurdish schools there teach all religions equally. Nearly a hundred years ago,  the Syriacs fled southwards from Turkey. On that occasion their persecutors were mainly Kurdish tribesmen acting on the instructions of  Turkish masters seeking to purge the Turkish state of non-Turkish minorities, but today their tormentors are fanatical fighters of mixed nationalities from the State of the Islamic Caliphate (formerly ISIS), who took control of Mosul,  Iraq’s second city, on 10 June 2014.

As Europe remembers the outbreak of World War One a hundred years on, the oft-forgotten group of Aramaic-speaking Christians has been gearing up for its own centenary. Their original heartlands are the region known as the Tur Abdin (‘Mountain of the Servants of God’ in Syriac),  a remote corner of what is now southeast Turkey, where their churches and monasteries date back to the 4th century. As their anniversary approaches, this resilient community, helped by members of their increasingly active diaspora from Sydney to Stuttgart, has been resolutely fighting back.

Their expulsion from Mosul will definitely not be the end of them. The following text of my BBC From Our Own Correspondent piece with accompanying photos, describes their determination to survive:

“No need for alarm clocks in Midyat. Every day in this ancient Syriac Christian town high on its plateau in southeast Turkey I am woken by goats bleating at my window and by cattle clattering past on cobbled streets. Kurdish children are herding them to nearby pastures from once elegant mansions that now serve as stabling.

For visitors like me the livestock lends a rustic charm, but not for members of the Syriac diaspora like Gabriel Khoury, whose ancestral home is one such pungent stable. Gabriel’s family emigrated to Australia when he was a boy, but now he has come back to claim his property. ‘I have six court cases to fight,’ he declares, his blue-eyes flashing angrily.  I encounter him at church where he leads the chanting in Aramaic, the language spoken by Christ. Then he takes me to the one-roomed hovel, his current home, which is all he has left of his heritage. His surname ‘Khoury’ reveals he comes from a line of priests.  ‘Long story short,’ he explains, ‘I will not give up till I have my family’s houses and shops back. Then, if God wills, I will rebuild them.’

Rebuilding is a constant refrain in this region known as the Tur Abdin,  where the Syriacs, one of the world’s earliest Christian communities, suffered heavily at the hands of the Kurds and Turks, especially in the 1915 massacres. At the village of Kafro I meet Niall, who has returned from 30 years in Stuttgart to help rebuild his community. An imposing row of large walled villas with a slightly fortified feel now flanks the single street. Alongside the ruins of the house where he was born, he has opened an al fresco pizzeria shaded by a nine-sided gazebo draped with vines. Multiples of three, representing the Trinity, are everywhere in the architecture here, and vines too hold deep spiritual significance, producing wine from the precious blood-stained soil. Traditionally each family planted just enough for its own modest consumption, but now some Syriacs have set up a wine factory imaginatively concealed in a mock mansion carved with friezes of grapes and wine glasses. Producing five reds and two whites to growing worldwide acclaim, its carefully chosen trademark  Shiluh means ‘peace’ in Syriac.

‘Two more families are coming back this year,’ smiles Niall, as he takes me to see the derelict shell of their original church. ‘When our community is bigger, we will restore this one. For now we are using a smaller one.’ He leads me past a well-tended cemetery where an open grave is awaiting the body of a 90-year-old returnee from Germany. This land reclaims its old, but reclaiming the young is more problematic. ‘Our teenagers,’ he explains, gesturing at a group just finishing their pizzas, ‘will leave soon for universities in Germany. A school bus takes the three of them from Kafro to Midyat where they are the only Christians in classes of over 40. How can we expect them to return here?’

Back in Midyat, Gabriel is on the case. The refugee camp established on a nearby hill was intended just for Syriac  Christians fleeing the fighting in neighbouring Syria, but so successful were they in being sponsored to leave, that only one family now remains.

The Syriac refugee camp on a hill outside Midyat [DD, May 2014]

People like Gabriel took responsibility for the Christian refugees, many of whom have since moved west to Istanbul. Some have stayed in Midyat, like Maryam, a fair-haired beauty originally from Qamishli just across the border in northeast Syria. She now works as a waitress at one of Midyat’s magnificently restored Syriac mansions, converted to a 15-room hotel.

‘Long story short,’ says Gabriel, ‘we need more like this to bring our people back, more girls and more hotels.’ He even wonders if one of his sons might marry Maryam – his own wife was from Qamishli – and plans how young men might return from Europe as architects and managers to design and run hotels, as businessmen to create new enterprise, and above all  as lawyers to champion their cause. I dare to raise December’s controversial settlement of the land dispute with the biggest of the monasteries. ‘Don’t make me laugh,’ he retorts  tossing his head, ‘they gave us 20% only, the other 80% is still held back. Long story short,’ he continues, ‘we will fight on till we get back what is rightfully ours. ‘ 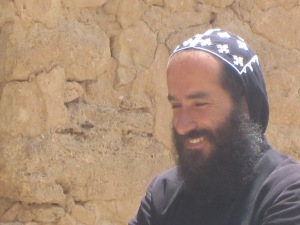 As the centenary of their historic massacre, the Sayfo, approaches, long story short, maybe they will.