Archive for the tag “Assad’s Syria”

Why Assad is still there 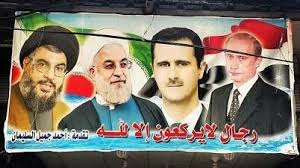 Putin, Assad, Rouhani and Nasrallah. The Arabic caption reads: “Men who do not bow down except to God.”

Complexity reigns in Syria, with multiple players still engaged on the world’s most chaotic battlefield. But three new books, despite their very different approaches, share a simple refrain – the ruling Assad regime sees no need to discuss a political solution. Thanks to the consistent military backing of its powerful allies Russia, Iran, and Lebanese Hezbollah, it is incrementally getting its own way.

Ghaith Armanazi’s The Story of Syria makes “no apology for a work I always intended to be a personal take on Syrian history.” Such a statement coming from a former diplomat often labelled an Assad apologist might put many a reader off. Yet Armanazi uses his position of particular privilege to provide not just an interesting collection of early photos (one of which shows Syrian women demonstrating in the 1950s) but a surprisingly candid account of how his country became ‘Assad’s Syria.’

The real meat comes halfway through, where he unravels the unique Hafez al-Assad methodology, essential to understanding how the Syrian state has survived nearly seven years of war. The detailed chapter on Assad senior’s thirty-year rule takes up a quarter of the book, explaining his trademark caution and how his 1970 coup was ‘the most understated in a long line of coups for the last twenty years’. 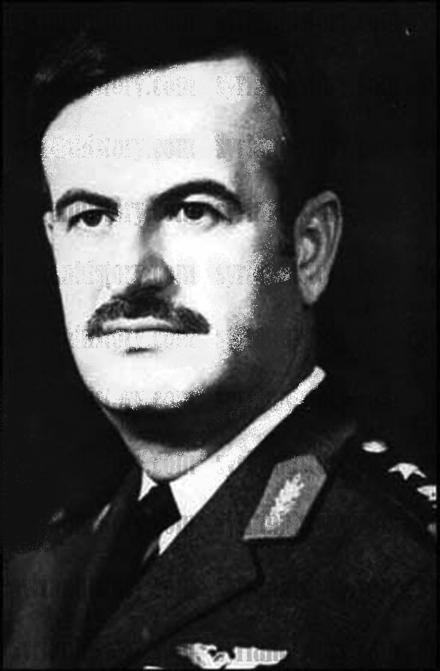 Armanazi charts how the rising trend of political Islamism from the 1970s onwards was driven by a flow of funds from a newly oil-rich Saudi Arabia, leading to feverish building of mosques and religious schools, and how this in turn led to the rising power of the Muslim Brotherhood, culminating in Assad’s revenge, now known as the 1982 Hama massacre.

From that point on, we learn, Hafez al-Assad styled himself ‘Commander for Eternity’ (Qaiduna ila al-Abad), following the useful models of Kim Il Sung in North Korea and Nicolae Ceausescu in Romania. Large public portraits and statues proliferated, a leadership cult which passed to his son Bashar, together with the bloated, inefficient government institutions, the corruption, the nepotism and the ‘shadowy security agencies…  silencing all voices of dissent.’

The narrative peters out in a much shorter chapter on Bashar’s rule from 2000. It stops before the current war, as if fearful of saying too much, but the tone conveys Armanazi’s clear anger at the international community’s ‘frenetic mood of activity over Daesh’ while the root cause of Daesh is ignored. ‘The inescapable truth,’ he ends prophetically, ‘is that Daesh is a symptom and all efforts to deal with it independently of Syria’s sickness are doomed to failure.’

Nikolaos Van Dam’s short book Destroying a Nation is precisely that ‘product of meticulous and dry academic research’ which Armanazi’s is not. But after the excellence of Van Dam’s seminal earlier work The Struggle for Power in Syria, this new one disappoints. Focussing on what it calls ‘the civil war in Syria’, over a quarter is taken up with lengthy notes, bibliography and lists of abbreviations and factions together with an extensive 16-page index. One of its stranger entries is ‘Wishful thinking’, listed ten times, more entries than ‘Kurds’.

Van Dam was, like Armanazi, a career diplomat, and has been Dutch Special Envoy for Syria for the last two years, deeply engaged, with the support of an expert Dutch Syria team, in the Geneva and Riyadh peace talks. As a result this is a book for political analysts who are interested in the minutiae of the ever-shifting alliances, first within the ruling Ba’ath Party and now, within the opposition parties, which would be fine if the book were up to date. But it went to press before the 2017 Astana talks between Russia, Turkey and Iran – the vital trio with most at stake inside Syria – agreed on the current de-escalation zones, thereby rendering the previous processes immaterial.

What the book does succeed in illustrating however, only too clearly, through its depressing account of those convoluted processes thus far, are the gulfs in belief between all parties, the different versions of a future Syria which they hold, all shades of which are in any case irrelevant since the Assad regime ‘is not prepared to negotiate its own departure, downfall or death sentence.’

With its overlong paragraphs and ponderous style, the book claims to deal with prospects for a solution to the conflict, yet ducks the issue and simply ends with another inconclusive summary of the ‘Basic elements of the Syrian Conflict since the Revolution of 2011’. Other Western political analysts are quoted at length but the only Syrian voice to appear is that of Bashar al-Assad himself, declaring on the final page that he will remain president till at least 2021 when his third seven-year term ends, and that he will rule out any political changes before winning the war.

By contrast, Wendy Pearlman’s carefully crafted book We Crossed a Bridge and it Trembled allows displaced Syrians to speak for themselves – 87 of them – men and women, young and old, ranging across students, mothers, doctors, poets, accountants, lawyers, beauticians, playwrights, musicians, barbers, computer programmers, engineers, business owners, teachers and finance managers. An American Arabic-speaking academic from Chicago’s Northwestern University, Pearlman conducted hundreds of interviews from 2012-16 with Syrians now living outside their country in Jordan, Turkey, Sweden, Denmark, the UAE, the USA, Lebanon and Germany, using a team of over twenty transcribers and translators to help her arrive at this selection.

Unencumbered by footnotes and other end material, its 292 pages can be easily read in a day. Pearlman’s introduction explains the book’s eight-part structure, offering a sensitive and compelling overview of the war to date. The voices then tell the story of Syria under the Assads, starting with Hafez’s rule, then Bashar’s, before passing through the phases of the war, from the early euphoria of the Revolution and its peaceful demonstrations, to the onset of disillusion and hopelessness, to their ultimate flight from the country as refugees. Imad, a student from Salamiyeh now in Berlin, explains their predicament: “Media has tied the revolution to terrorism,” so “it’s easier to say that you’re simply running away from war…not to mention the revolution, or even the regime.”

By selecting a particular group of voices there is always the problem that others will accuse you of skewing the narrative. But while Pearlman’s refugees necessarily reflect the anti-Assad views held by the majority of Syrian refugees, they also lend weight to the prevailing picture of what remains inside Syria today, chiming with much else that has emerged from other sources. What they confirm is that nothing has essentially changed since March 2011 when Abu Tha’ir, an aeronautical engineer from Daraa now in Jordan, witnessed regime soldiers storm the mosque, kill unarmed demonstrators, burn the holy books and scribble on the walls: “Do not kneel for God. Kneel for Assad.”

Nothing, that is, except the death of 500,000 people and the displacement of over half the population. Sham, a relief worker from Douma now in Sweden, is “disgusted by humanity. We’re basically the living dead.” He jokes sarcastically that all Syrians should all be killed: “Then we’ll all go to heaven and leave Bashar al-Assad to rule over an empty country.”

“One wonders,” Pearlman reflects, “what might have been different had we listened to Syrians’ voices earlier.”

A Syrian-Lebanese border crossing which re-opened in December 2017. The sign reads: “Welcome to Assad’s Syria.”

This piece was originally published in Chatham House’s The World Today Oct/Nov 2017 issue: