Death by Extremism in #Syria 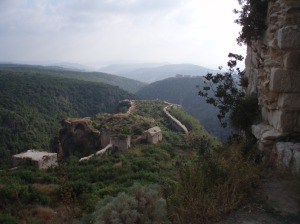 A recent 105-page Human Rights Watch report has drawn attention to a planned and coordinated attack on 11 Alawi villages in the hills above Lattakia. It was the first time these villages had come under attack in the two and half years of Syria’s civil war. They had considered themselves safe, as Alawis loyal to the regime, protected by their geographical location in the Assad regime’s heartlands. In the early hours of 4 August 2013 twenty rebel extremist brigades conducted the attack in concert with each other, massacring whole families, women and children, killing an Alawi shaikh and desecrating his shrine. The attack was led by the black-flagged Al-Qa’ida-affiliated ISIS, Jabhat Al-Nusra, Jaysh Al-Muhajireen, Ahrar Ash-Shaam and Suqour Al-Izz. None of them had links to the Free Syrian Army. The massacre was confirmed not only by interviews of survivors but by consulting hospital records which confirmed 190 bodies with multiple stab or gunshot wounds, decapitation and burning.

Yet the regime itself kept remarkably quiet about this massacre of its own clan members. Syrian TV simply mentioned on 18 August that control over the area had been reasserted, showing no images of mutilations and initially even denying reports of massacres. Why was that? Surely it would have been normal for them to flaunt such material as evidence of the ‘terrorist armed gangs’ and jihadi extremists they are trying to save Syria from? Some journalists speculated it might be because they did not want to admit their heartland was vulnerable to attack. Others said the regime wanted to keep it quiet because they were afraid of a sectarian war spreading along the coast.

But there is something else here. The attack began with a Sunni officer defection from the regime army, who took 30 troops with him, then returned a few days later as part of the attack. Sunni friends  living in Sunni villages nearby told me they, 50 men in all, were detained by regime militia in response to the attack, held as ‘human shields’, but told it was for their own safety. When they were released, they fled to Lattakia to join their womenfolk and their homes were looted and burnt in direct retaliation for what happened to the ‘Alawi villages. It is this that I think the regime wanted to keep quiet – namely their own retaliation. The ‘Alawi villages attack may well in turn have been revenge for the Al-Bayda and Banias massacre of Sunnis in May 2013, also carefully documented by Human Rights Watch. The US-based organisation has described both massacres as war crimes.

Neither side seems able to stop itself getting sucked into these retaliation attacks, dragging Syria deeper and deeper in the quagmire of civil war, shredding the fabric of society to pieces. How can this cycle ever be broken?

4 thoughts on “Death by Extremism in #Syria”