#Syria – Who is driving the car? 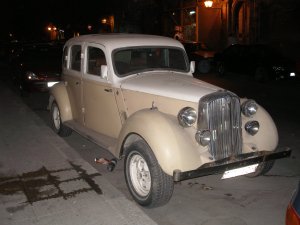 The crisis in Ukraine has taken the spotlight away from Syria of late,  unfortunate timing, since  huge developments are going largely unnoticed inside Syria. These developments are all being driven by a race to achieve a tangible outcome before 10 June, the date currently set for the Syrian presidential elections, when Bashar Al-Assad could become ‘president for life.’ But who is racing and who is driving the car?

The first racer of course, and the one with most to lose, is the Syrian regime. In recent months it has probably become the favourite to win, now that it has developed such a clever race strategy, making high profile propaganda stunts like yesterday’s release of 13 Greek Orthodox nuns and their three maids in exchange for many more female prisoners and even a few children detained inside regime prisons. Between now and June it is doing whatever it can to project itself as Syria’s only saviour, guardian of the minorities, defender against ‘terrorism’. It is on a course to what it calls ‘reconcilation’ (musaalaha). The car windows are blacked out, so no one on the outside knows who is driving or how many are in the car. Transparency has never been a virtue in Ba’athist eyes.

The second racer, extremely determined to knock all other racers right off the track, is the grouping of Al-Qa’ida-affiliated opposition groups. Their ruthless driving technique has served them surprisingly well so far, enabling them to capture whole swaths of northern and eastern Syria, including some oil wells, very handy for pit stops. Their image is in serious need of a boost in the international media, and maybe the release of the nuns will give them that, now that the ladies have said how ‘sweet’ the Jabhat al-Nusra rebels were to them. The particularly rabid extremist group ISIS (Arabic Daesh) looks like it might have been thrown out of the car.

The third racer, something of an outsider for the last year or two and often dismissed as a hopeless case, is the group of moderate,  secular opposition groups loosely known as the Free Syria Army (FSA). But might it come from behind with a sudden surge? Many reports are now appearing, since the driver was changed from General Salim Idriss based in the north, to Colonel Abd al-Ilah al-Bashir based in the south, which suggest that a late bid will soon be made, supported by western intelligence and Saudi backers, to overtake the favourite in the capital. Its car will need to be ultra-serviced and revved-up to achieve that. 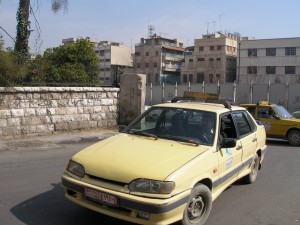 Most certainly not driving the car, probably not even in the race any more, is the Geneva ‘peace process’, widely seen as a complete waste of time and money, nothing but a brief media circus. Respected mediator Lakhdar Brahimi, the poor man who never even had a car of his own, is said to be on the verge of resigning his ‘mission impossible’. The Ukrainian crisis has now resulted in a rift in Russian/American relations, so cooperation in the Syrian political arena, recently looking so rosy, is now indefinitely on hold. 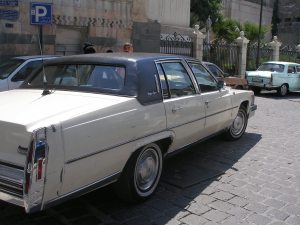 So who is driving the car of Syria? Does anyone even know? What we do know is that the Syrian car is on an unknown course, with unknown drivers, while others, often with the best of motives, try desperately to push it one way or another, convinced they know a better route. Whether or not any of them will succeed before the car loses its way, gets derailed or just straightforwardly crashes is anyone’s guess. Perhaps the best outcome is that it just runs out of petrol and everyone has to get out and push.

One thought on “#Syria – Who is driving the car?”